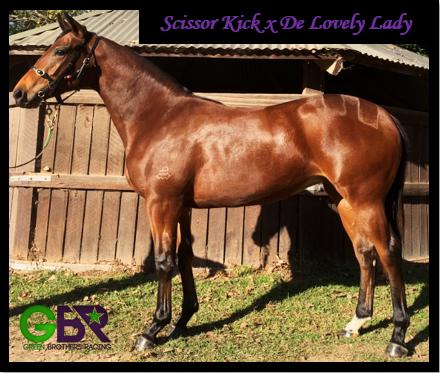 Scissor Kick is a son of Australia’s most dominant sire of sires Redoute’s Choice, and descends from a spectacular female family rich in international Group 1 winners.

An impressive 2YO winner, Scissor Kick’s initial spring campaign established him among Australia’s best 3YO colts. He won the ATC Rosebud Handicap. 1200m LR before heading the closest of quinellas with Panzer Division in the ATC Up and Coming Stakes 1300m G3.

The photo finish went against Scissor Kick at his fifth start, in the ATC Golden Rose Stakes 1400m G1, but jockey Tye Angland had no doubt about the quality of his widely admired second-placed effort, saying afterwards “He's a real fighter, best horse in the race.”

If our filly has that sort of ability, we will be having some fun.